For Links to all of my work on Amazon, just click on any of the book covers to the right. To connect with me on social media, please visit m...

I always enjoy shining a spotlight on other adventure and romantic suspense authors. I crossed paths with Bonnie McCune quite a number of years ago and enjoy her work, so I wanted to give her and her latest release, Never Retreat, a shout-out. Here’s more on Bonnie and her work.

Bonnie McCune has been writing since age ten, when she submitted a poem about rain rushing down the gutter to the Saturday Evening Post (it was rejected). Her interest in the written word facilitated her career in nonprofits where she concentrated on public and community relations and marketing. She’s worked for libraries, directed a small arts organization, and managed Denver's beautification program.

Simultaneously, she’s been a free lance writer with articles in local, regional, and specialty publications. Her civic involvement includes grass-roots organizations, political campaigns, writers' and arts' groups, and children's literacy. For years, she entered recipe contests and was a finalist once in the Pillsbury Bake Off. A special love is live theater. Had she been nine inches taller and thirty pounds lighter, she might have been an actress.

Her true passion is fiction, and her stories have won several awards. Never Retreat is her third novel and her fifth book of fiction. She and her husband have two adult children, and three grandchildren. For reasons unknown (an unacknowledged optimism?), she believes one person can make a difference in this world. Visit her at www.BonnieMcCune.com, where you also can read her blog “Ordinary People, Extraordinary Lives.” 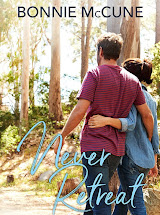 A feisty single mom clashes with an ex-military, macho corporate star at a business retreat in the wild Colorado mountains, where only one can win a huge prize. But when a massive flood imperils their love and survival, they learn the meaning of true partnership.

Years ago, Ramona (‘Raye”) Soto faced harsh reality when a roving con man knocked her up. Now at thirty-something she’s concentrating on her career in a major telecommunications firm and funding college for her teenaged son. Enter Desmond Emmett—a fast talker and smooth operator. New to the office, the ex-serviceman possesses every negative quality for a guy Raye should avoid.

Thrown together at a corporate retreat in the wilderness, the reluctant duo struggles to complete management’s extreme mental and physical tests for a huge reward. But only one can win the prize, and Des needs the money to underwrite medical treatments for his adored younger sister. See-sawing between attraction and antagonism, the mismatched couple, Raye and Des, face their biggest challenge: learning the meaning of true partnership. When a massive flash flood sweeps down the rocky canyon and threatens their love and survival, they must put aside their difference to rescue their colleagues—and their future as a couple.

“I won!” Raye’s handful of lottery scratch tickets, fanned out on the staff room table in front of her, glowed in a multitude of bright colors. She plucked the one nearest to her. “Forty dollars!”

Julia failed to respond. “He’s gorgeous. Just gorgeous.” Her unfocused eyes and neglect of the bear claw pastry in one limp hand showed how absorbed she was in telling Raye Soto about the new man striding around corporate headquarters in Denver.

“Didn’t you hear me? My winning ticket must be an omen I’ll get a big prize. You know how much I need it to cover Andy’s college. No student loans! Whoo-ee!”

“Not necessarily. You’ll have better odds at happiness if you notice a male hunk in front of your face. You haven’t even had a date in years.”

“Wouldn’t start with a good-looking guy. He’d be the most dangerous type. Anyway, you’ve never won awards for your taste in men,” Raye teased back. Her quick survey of the modest dining area showed no other people on break, so she geared up her joking. “Wasn’t your last crush the barista over at Java Hut? The one who drew your initial with cream on the top of your cappuccino, then pocketed the change you were due? And the one before rode a motorcycle and crashed at least once a month?”

“You’re one to talk!” Julia returned to consciousness, leaning back in her chair and tapping her index finger, this week manicured in turquoise blue with tiny spangles, on the veneer-topped table. “Your ex-, who hardly qualifies as an ex since he was only around for a few months, partied so hard and so often, he forgot to come home at night.”

“Let’s not get into odious comparisons. I got Andy from the experience, and that’s enough for me.” Raye pushed back her chrome-wire chair, stood, and began wrapping the remains of her meal.

“This guy, his name’s Des Emmett, would be perfect for you. If you’d drop the attitude.”

“How old do you figure he is?”I can’t possibly be considering Julia’s suggestion, can I? Raye thought.

“I’d say thirty-six, thirty-eight. He mentioned eight years in the service, and I know from his resume, which passed through my grubby paws when he transferred here, that he has a solid ten years in the corporate world. Most recently, at the highest levels.”

“And he’s not married?” With her free hand, Raye stuffed the winning lottery ticket in her pocket, then grabbed the remainder in a fistful jumble.

“Wait a minute,” Julia said. “You’re thirty-four and not married.”

“But I have been.” She considered the super-sized fruit yogurt she now balanced. The treat wasn’t finished yet, so she covered the container to tote to the staff refrigerator. “I admit he’s good-looking. Those ice-blue eyes, the casual dark curls.” In fact, he’s too good-looking. I wouldn’t trust him as far as I could throw him, she thought.

“Those molded lips, the bottom one a little fuller than the upper. The brooding brow.” Julia gathered her snack leavings, then walked to the refrigerator and leaned against the open door next to Raye to continue. “I think you’re ticked off because he treats you like an employee, not a woman. He shouldn’t be snubbed for that.”

“Absolutely wrong! I learned long ago not to trust charm and good looks. Anyway, why are you pushing him on me? Don’t you want to try your luck?”

Julia looked up at the ceiling tiles. “I haven’t told you, but things are getting serious between me and Eric. We’ve been talking about marriage.”

“Eeek!” Raye’s shriek echoed from inside the refrigerator. She pulled her head out. “That’s wonderful.”

“Nothing’s definite yet, so don’t mention it. I’m entertaining the idea because I hate to see a guy as nice as Eric go to waste. Or get picked off by a sneaky man-eater, like Krystle.”

“I remember two years ago when Krystle got tipsy at the holiday party. She kept rubbing her hands all over Eric, then tried to pull him into the hall for a necking session,”

Julia sniggered. “Fortunately he refused to surrender. That’s when I first guessed I could trust him.”

“Yeah, and he’s been hanging around you ever since,” said Raye. “That’s going somewhere permanent?”

“I sure hope so. The huuuge barrier right now to any kind of development is that car loan my folks took out and now can’t pay. Can’t get married, can’t even move in together because I have to help the family out. Anyway, a more cheerful subject, I first saw the new director of security this morning before he even got in the office. I was walking down the sidewalk past the entrance to the parking garage when he buzzed by on a motorcycle, tall and solid as a soldier. . .”

“A motorcycle!” Raye slammed the refrigerator door closed. “You know how much I hate those. You’re not building a case for my becoming besties with Mr. Desmond Emmett with that bit of information. Smelly, noisy, dangerous machines.”

A stricken look passed over Julia’s face. “I’m so sorry. I totally spaced on what happened to your brother.” Wrapping both arms around her friend, Julia hugged hard, and Raye let her. “You still miss him, don’t you?” Julia whispered.

“Like the devil. Every day. Even though it’s been years. Damn his infatuation with motorcycles! I hear about the Broncos winning, and I think, ‘boy, that’ll make Carlos happy,’ then I remember he’s not here. Or the first snow, I want to run in and wake him up so we can walk in the park, until I remember there’ll be no more times like that. He’ll never know his nephew graduated at the top of the class, or that Dad and Mom both have new romances going.” Raye stepped back after a final squeeze. “Thanks for not hesitating to mention him. That helps.Many people act like he never existed.” 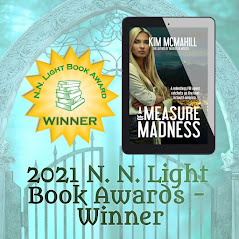 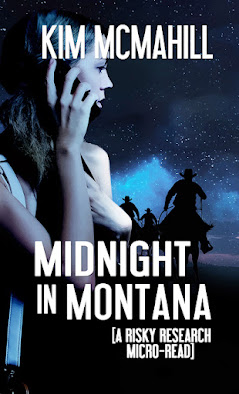 A Measure of Madness 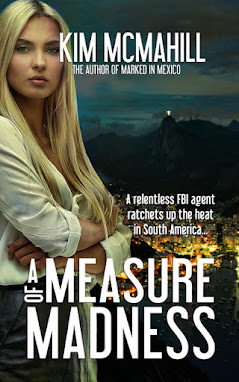 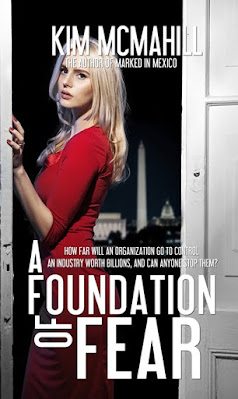 A Taste of Tragedy 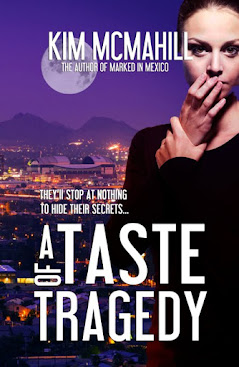 A Dose of Danger 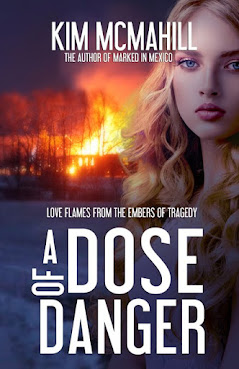 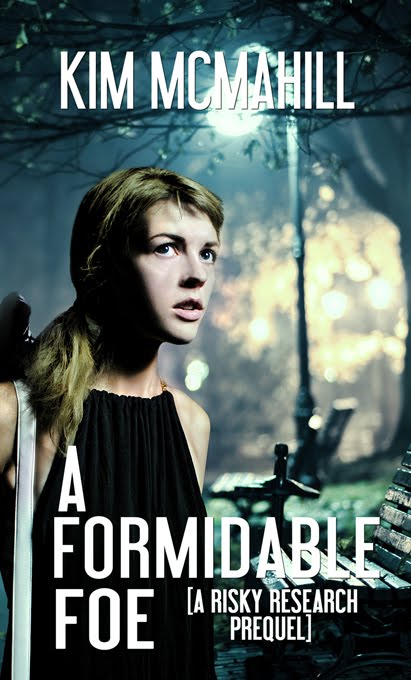 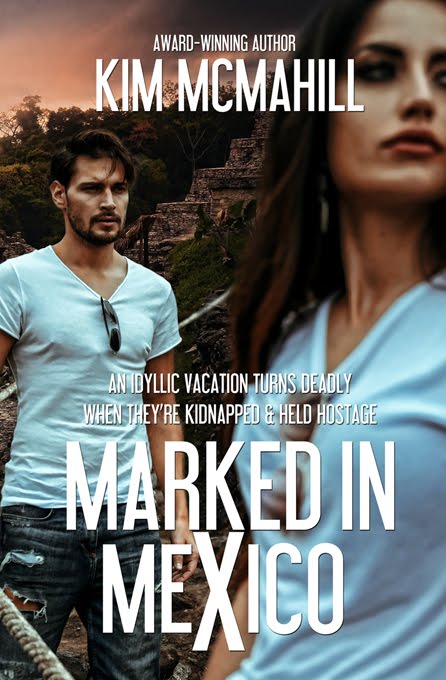 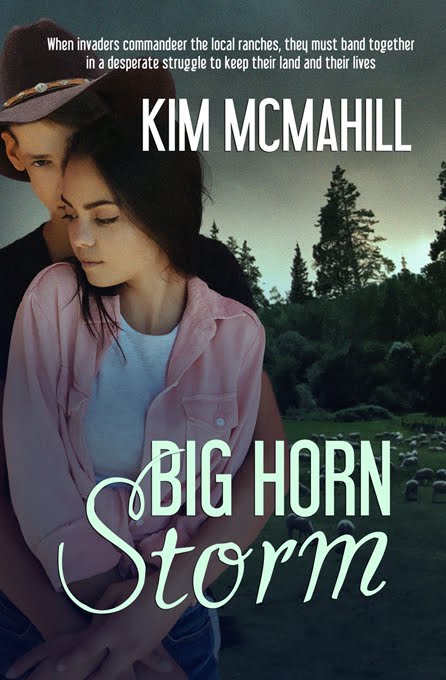 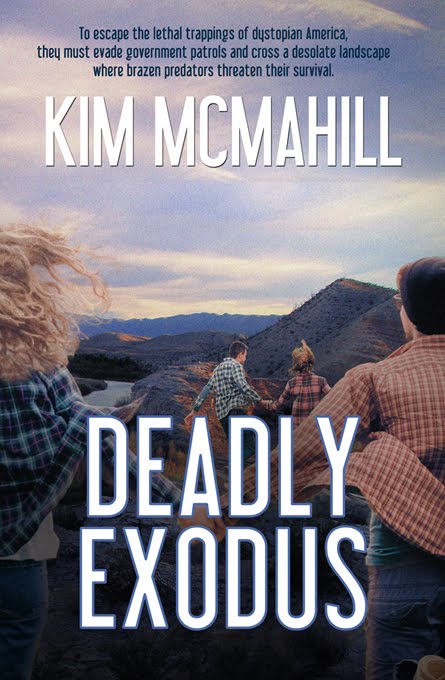 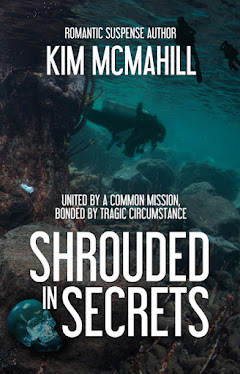 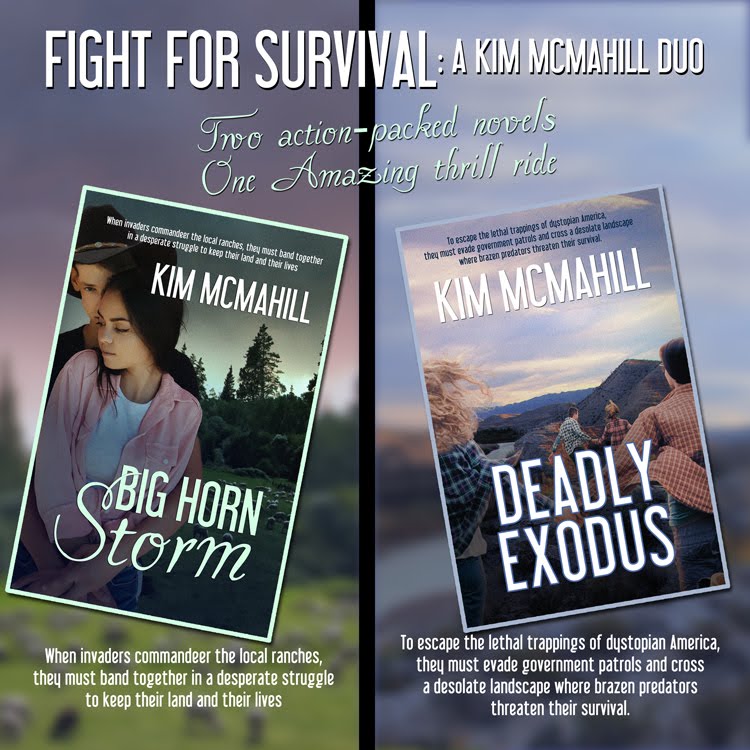 Kim McMahill
I grew up in Wyoming, which is where I developed my sense of adventure and love of the outdoors. Since leaving Wyoming I have enjoyed many opportunities to see the world, and I've lived amid some of America’s most stunning landscapes. I started out writing non-fiction, but my passion for exotic world travel, outrageous adventures, and happily-ever-after endings soon drew me into a world of romantic suspense. Please follow me on twitter at https://twitter.com/KimMcMahill.com